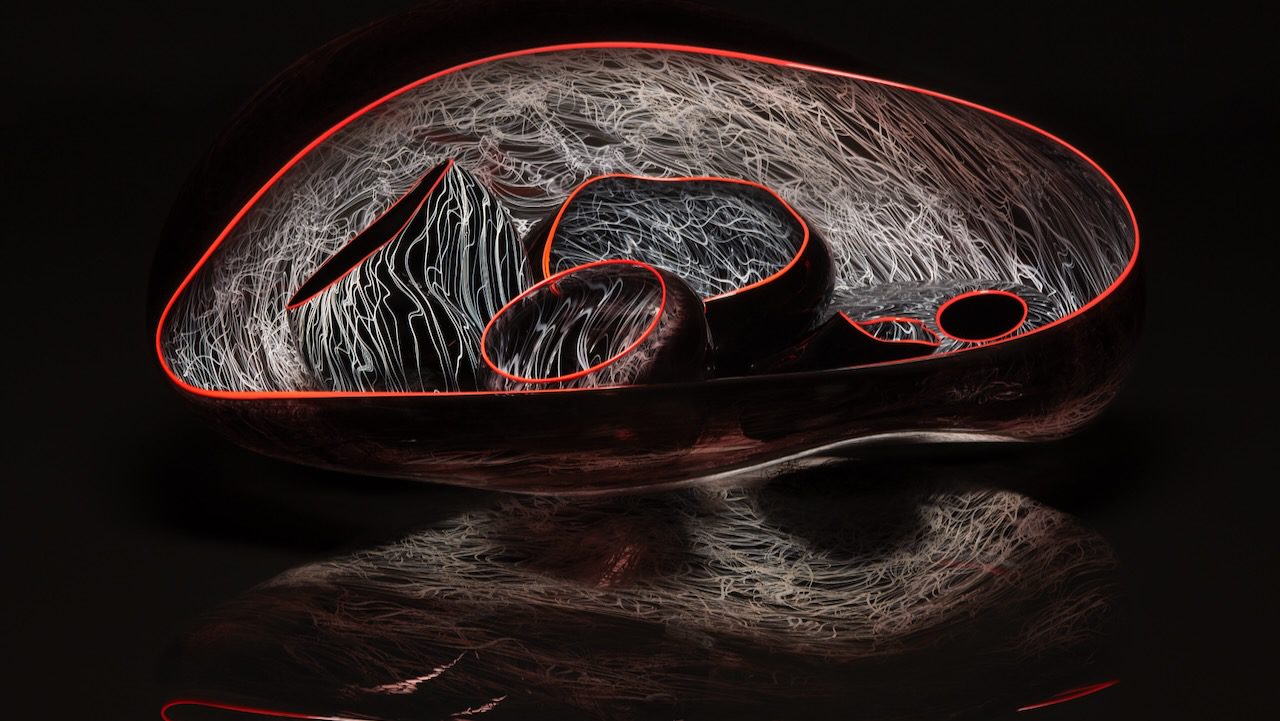 Oklahoma City (Free press) — When the Oklahoma City Museum first opened at its current location on Couch Drive in 2002, the star’s charm is undoubtedly a remarkable collection of glass works by medium master Dale Chihuly, edited and arranged for the opening. was.

It will take another two years for the museum to fully purchase the entire exhibit, making it the world’s largest collection of works by legendary glass artists in the museum’s permanent exhibits.

Since then, OKCMOA’s breathtaking collection of Chifuri glass has helped shape not only the aesthetic features of the building, but also much of the museum’s artistic identity, with playful lighting, creative placement and unique shows. We further encourage cases and installations. The institution has become known.

Therefore, a good way for OKCMOA to celebrate its 20th anniversary is to expand Chihuly’s exhibit and rethink it in Chihuly: then and now. This is a rethinking of the work, life and inspiration behind men. And bright and intricate artwork bearing his name.

The museum curator, who led this project and exhibited by Catherine Schotic, put a great deal of effort into accumulating works from Chihuly’s entire artistic life, with greater evolution of his work and the museum’s permanent works. ..

“There is a permanent collection here. It’s a major piece. But since it actually started in the 1960s, the rented piece actually exhibits some of Chihuly’s early works.”

After looking at the permanent collection of Chihuly’s works in the museum for the past 20 years, virtually everything was created in the 90’s, but such early works, especially the “cylinders” that make up most of the early works. It’s a little shocking to see. screen.

“He started with what’s called a’hard cylinder’,” Shotick explained. “They were still very symmetrical and the glass still had a sense of functionality that could be thought of as a vase or goblet.”

These works represent much simpler and simpler shapes, but the rough colors of the sculptures that appear to be sculpted around the sculpture are striking, reminiscent of unplanned paintings like Basquiat.

But no matter how much it looks like paint, it’s always glass in Chihuly.

“These are actually made by unfolding these incredibly thin, multicolored glass threads,” Shotick told me. “You lay out those threads and then roll the molten glass over them so that they fuse with the glass. That’s how you get a design inspired by those kinds of native blankets. is.

The influence of both Native American blanket making and basketwork is arguably found throughout Chihuly’s work, but I think it’s particularly suitable for collecting and displaying the selections of the museum team. Because of the clearest and most obvious of these early works, those genuine native items along with the glass pieces.

“He was really inspired by the types of basket weaving and basket weaving slumps, and as they get older, they are no longer so symmetrical,” Shotick made him a more traditional glass structure. I mentioned the early inspiration that began to move away from. “He was at the forefront of a kind of thinking.” Why should glass be symmetric? Why can’t we put gravity in orbit? “

Using gravity and naturalistic movements to create softer, liquid-like shapes is a breakthrough approach in the glass world, the result of which is the work of most of the museum’s permanent collections. Provide information to.

Familiar visitors will see new exhibits as they travel through the 80’s and 90’s of Chihuly’s work, which produced the trademark folded bowls, distorted basket shapes, and almost organic “ikebana” shapes. Recognize many works throughout the central section of.

Many of the works are certainly familiar, but the loose and modular nature of small works means that they can be easily rearranged and placed in completely different locations throughout, for many years throughout the exhibition. The acquisition is treated just like that.

The beloved installation in the exhibit was recreated after a major move to a new home on the ground floor, but the team took care to place and place hundreds of small individual pieces of glass in subtly new ways. I did.

The gracefully rolled wavy glasswork spills are still one of the highlights of the show, but the new placement of numerous sculptures inside the boat enhances the sense of breadth and breadth and is iconic. There is a backlit ceiling. The longer corridor stands on its own, with steel beams holding the piece overhead, contrasting the smooth beauty of cold, dull metal with Chifuri glass.

The last room displays some of the latest Chihuly works, including an exhibition of his classic basket-style couple created last year, exploring glass lace-like patterns.

However, the most awe-inspiring piece in the room is the “Rotoro” sculpture of an intertwined coil of glass braid that looks frozen in the fall, and the significantly different “Glass-on-Glass” wall displaying enamel. It is a display. The painted panels are layered to create a new depth and dimension.

In fact, these pieces are so new that they provided OKCMOA with the first notable ones.

“We are, in fact, the first institution to incorporate glass-on-glass work into our collection,” Shotick said. “And just yesterday, the board approved the acquisition of two large paintings on display in the lobby, the ikebana diptych from his” Burnt Paintings “series. “

By temporarily adding these works throughout Chihuly’s larger life and career, visitors have a more curious and experimental aspect that has created much of the aesthetic and artistic identity of the museum in his hometown. You can see. “Then and Now” is a retrospective exhibition of artists who are pushing their vision while pushing the limits of the media even now, which is 80 years old.

Who knows what will be included in the exhibition 20 years from now?

OKC MOA’s “Chihuly: Then and Now” will be open to the public on Saturday, June 18th.